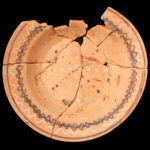 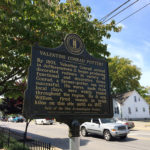 Since 2008, Corn Island Archaeology has conducted annual archaeological investigations at the Conrad-Seaton House in Jeffersontown, Kentucky. These investigations have been in the form of public archaeology to engage the community n the history of redware potter, Valentine Conrad who built and resided in the house.

In November of 2010, the Falls of the Ohio Archaeological Society (FOAS) was awarded a Planning and Survey Grant from the Kentucky Heritage Council (KHC) to investigate the Conrad-Seaton House (JF278) and the Conrad Pottery Archaeological Site (15JF740). Corn Island Archaeology assisted FOAS in completing the investigation and the completion of a National Register of Historic Places (NRHP) nomination form and a public educational report.

The investigations for FOAS included a study of the architectural history, structural evolution, and historical significance of the circa 1803 house and later additions, which served as the residence of early nineteenth century potter, farmer, and settler Valentine Conrad. To understand the history of the house and the family, FOAS and Corn Island consulted previous surveys; oral history; historic maps; Jefferson County deed, tax, will, and court records; Jeffersontown Minute Books; genealogy forums; and U.S. census and vital records.

To date, the archaeological investigations of the Conrad Pottery Site – the redware pottery operated by Conrad and his son from circa 1803 to 1837. The kiln site was sought through geophysical and field investigations, the latter of which was completed during annual public archaeology events between 2008 and 2017. A portion of the funds was allocated to the construction of an analysis manual and database specific to the morphological types and decorative motifs produced by Conrad.

The house and the yard were successfully listed as a historic district in August of 2011. A highway historic marker was later installed at the site. An educational display was designed by Corn Island drew over 3000 visitors and ran for over six months at the Jeffersontown Historical Museum.

Investigations are ongoing and occur in September as part of the annual Gaslight Street Festival.