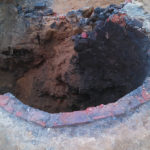 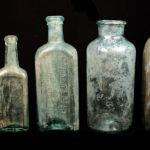 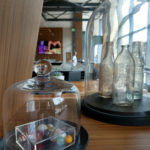 Corn Island Archaeology conducted archaeological monitoring followed by a Phase II evaluation project for the proposed NuLu Hotel and parking garage in downtown Louisville, Jefferson County, Kentucky. This period of fieldwork extended between April 26 and ending May 1, 2017. The project is in support of NuLu LLC., which is constructing the hotel at the corner of East Market and Shelby Streets. Monitoring was required by the City of Louisville Planning and Zoning because the 1892 Sanborn Fire Insurance Maps for the property indicate that multiple cistern and privy vault features could be located on the parcel which includes portions of at least 12 historic city lots.

The subject property encompassed 4,324 square meters or 1.07 acres. The area of potential effects is located at the northwest corner of East Market and Shelby Streets and consisted of an empty lot and a surface parking lot upon which the planned hotel building will be constructed. The monitoring included the excavation of test trenches in areas likely to contain features.

The excavations at the NuLu site identified site 15JF929 and 13 features including a basement (Feature 3), three cisterns (Feature 1, 2, and 13), and nine privies (Feature 4 through 12). Overall, the project objectives can be said to have been achieved and, in fact, to have exceeded expectations. A larger sample of features was excavated than anticipated, with five privies sampled as opposed to the two to three called for in the statement of work. Of these, several contained the early deposits associated with the targeted occupants, notably the Stoker household. The recovered artifacts are varied and in good condition and provided a good deal of information about the inhabitants of this block from 1860s into the 1900s. In addition, other features, notably cisterns, were exposed and documented, revealing information about construction techniques as well as placement on the residential lots.

Site 15JF929 was not formally evaluated for its NRHP eligibility although it was excavated and analyzed in a fashion that would facilitate such consideration. That said, it was considered eligible for the NRHP. However, because this was not a Section 106 project, construction began immediately following the fieldwork and has resulted in the site being largely destroyed.