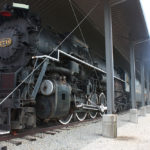 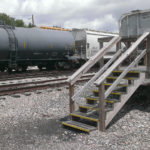 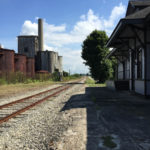 From April 2015 through April 2016 Corn Island Archaeology LLC researched and prepared a historic context for railroad and rail-related buildings, structures, objects, and archaeological resources in Kentucky with a particular focus on the City of Winchester and Clark County. Specifically, Corn Island prepared an inventory of known (recorded) railroad-related cultural resources within the proposed undertaking; assessed the potential for unrecorded railroad-related resources to be present in Clark County; and developed a historical context to allow informed interpretation of these resources as well as those that may be recorded in the future. The project was requested by the City of Winchester to address required mitigation by the Kentucky Transportation Cabinet (KYTC) in response to impacts that occurred to the archaeological remains (site 15CK565) of the Union Depot located in the city of Winchester. The depot was demolished in 1985. The buried archaeological remains (site 15CK565) were impacted during improvements to Depot Street by the City.